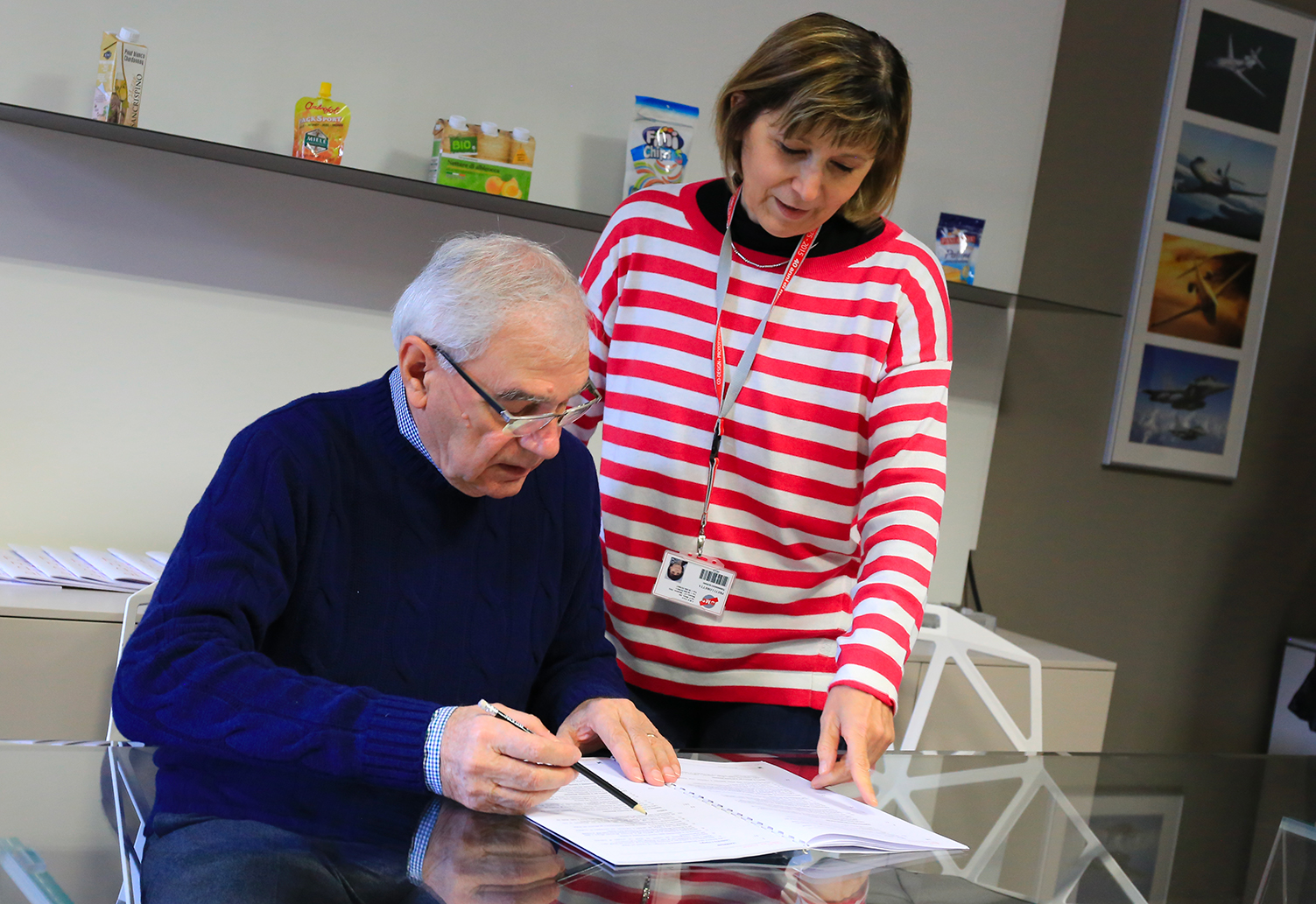 Hi Loretta! How long have you been working in CMS and what is your job?
I was hired in CMS 40 years ago, it was September 15th , 1980. I had to replace my colleague Giorgia Bettelli as administrative employee. After a first period of work shadowing with her, which lasted a few months, I then learned step by step to carry out in total autonomy the activities of the office.
To complete my professional development, I took part to specific training courses in administrative-accounting field, which contributed to refine my knowledge and my analytical skills.
In addition, the interesting coaching programs I joined were very useful in raising my performance level and preparing me for new professional responsibilities. Firstly alone, I was then supported in the following years by the arrival of other employees: thanks to the growth process undertaken and the experience I gained, I was assigned the role of Administration Manager, a role that I still hold today.

What was your childhood dream?
When I was young, I dreamed about becoming a hairdresser! Then, when I started school, I had the opportunity to work in summer in a small furniture company.
I received customers and I designed for them custom-made kitchens. I liked it very much, I have always had aesthetic taste and I would have been pleased to keep that job even after the Diploma. However, it didn’t go as I hoped, they didn’t hire me, and I decided to focus on other professional options… and so my adventure in CMS began!

What do you remember about your “first steps” in CMS?
I applied for a job and, a short time later, they called me.
In those years, the company headquarter was in Via Di Vittorio and my job interview took place there, in the Administration Office. There was a long table for meetings.
They made me sit in front of all the members, at that time they were 5, and they filled me with a lot of questions… the same as if I were at school!
I was literally terrified! Despite the fear, everything went well, I was hired with a probationary period and I was placed on the desk just in front of Luciano Salda’s, who is still the President of the company.
I remember that on my first working day, Giorgia made me record an invoice and I, at the very beginning, did not even recognize the name on the header! This still makes me smile! 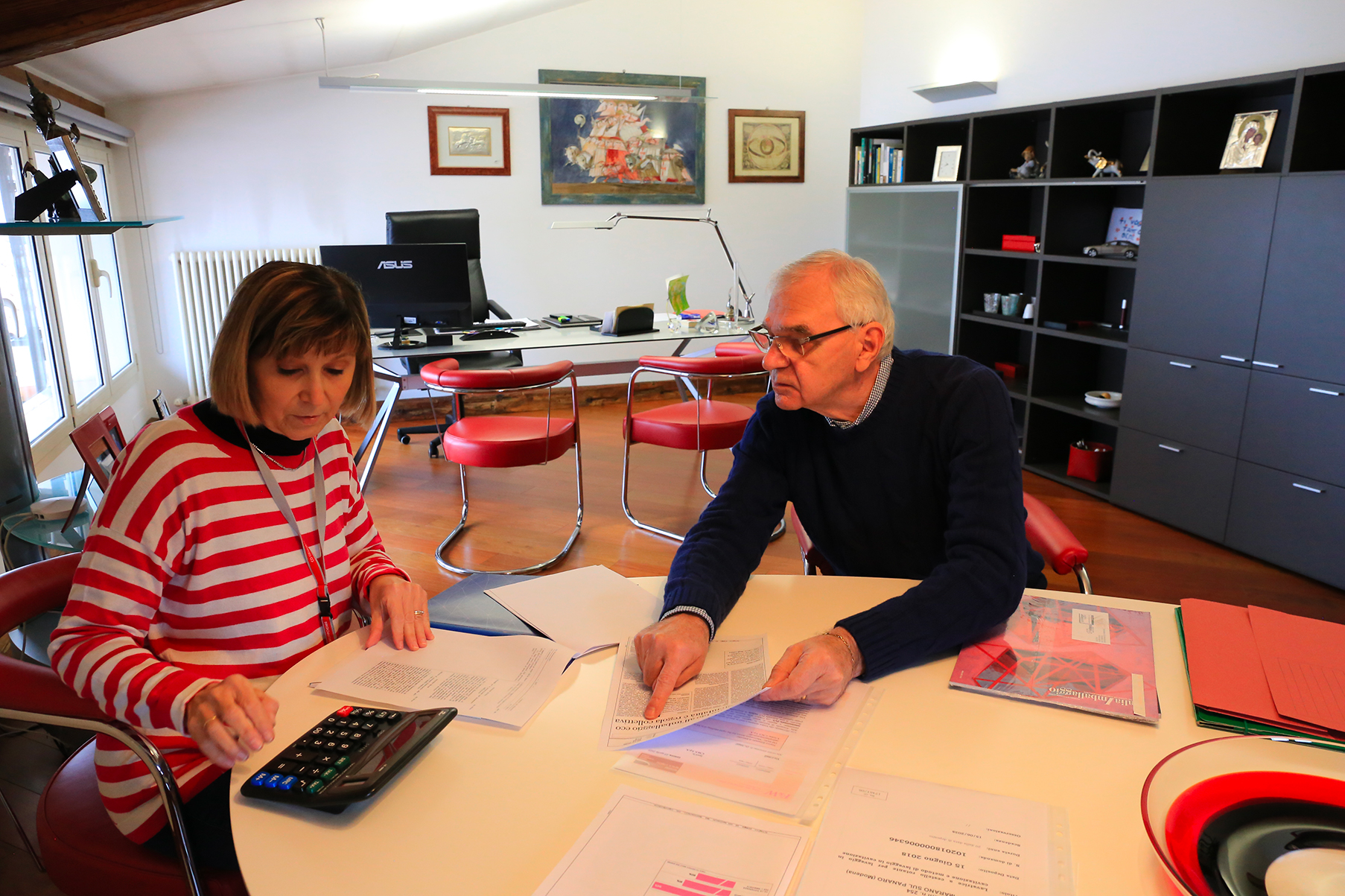 Evidently, that little mistake did not compromise your career! You have been our President’s right-hand woman for 40 years. Can you tell us some funny anecdotes?
Commitment, bravery and humility.
Here’s everything I needed to become Luciano’s trusted collaborator. I understood it right away. Gaining his trust wasn’t easy. For me it meant always supporting him, even in his personal commissions: from the desperate search for his lost marriage certificate to the pick-up of his daughter Elena’s report cards at school! Or I could tell you about “our school” … CMS was starting to broaden its vision to foreign countries, and it was necessary to learn English.
Luciano and I, with some colleagues, enrolled in a course, held by a teacher in the company. Maybe I was the only one who did my homework (to be honest, sometimes I didn’t do it either!) and Luciano always asked me for the notebook to copy before every lesson! Like it or not, I was never able to say “no”! Not even when, that cold morning many years ago, he asked me to go to one of our Customers in order to pick a bank-check up. It was snowing hard and I could have done without getting behind the wheel. But Luciano didn’t see the problem! He said that with winter tires or chains I could have gone anywhere! I took courage and, with my old 126, I went to get that bank-check. I have always tried to do my best, and fulfil all my assignments. After so many years next to him, today I’m satisfied: after all, I really think I have done a good job … except when I broke a brand-new printer! I accidentally spilled some water from a flowerpot on it, the damage was inevitable: printer to be thrown away, and sheets of paper completely soaked! I still remember my embarrassment and fear when I had to inform Luciano. Fortunately, he didn’t get very angry, he only cared about saving the bills! In order to dry them, we put them for days on desks and on radiators!

There is an issue – the gender gap – that in Italy still struggles to be solved. However, gender differences in management can be an added value when a woman is driving. Holding a role of responsibility, what qualities do you think women can exercise in our sector, the metalworking, which is typically male?
Women are more precise and methodical, men generally tend to be more impulsive and disorganized.
This is the reason why I find that, with some rare exceptions, women are the most suitable figures for administrative-accounting areas. At the same time, I recognize that the sector we belong to, the metalworking, is mainly populated by men and, in fact, there is a marked preponderance of men in our workshop. However, I have always had good relationships with all our operators, there have never been disagreements among us but only mutual respect and esteem.

In these 40 years in CMS, you certainly had the opportunity to experience the great evolution of labour at the forefront: new ways of doing business, technological development and the challenge of modernization. In your opinion, what has changed from then to now, for better and for worse?
When I was hired, the accounting was recorded entirely manually: we still used the American ledger, each customer and each supplier had a file that always needed manual updates, as well as the VAT register of purchases and sales. Just imagine the difficulty, every time, in having to draw up a financial statement! Whole days were spent making sums, which produced miles and miles of paper rolls in our calculators.
Subsequently, the technological advent changed everything. First of all, our way of working: there was so much excitement when the first PC and the first printer arrived in the company. But behind the happiness, there was also a lot of uncertainty.
I still remember that my colleague Sonia Zanantoni and I take turns, day after day, in learning to approach this new instrument which, firstly unknown, soon became a worthy ally for us.
Over years, the use of PC was then widely extended to the whole company and various management systems were tested, up to the current one, SAP, which is one of the most widespread and powerful in the world for its ability to manage all company resources with extreme efficiency. Now a simple click is enough for a financial budget! It is certainly a rigid system, but it is very functional, and we could no longer do without it. Then, we know, technology goes on and scenarios rapidly change… even SAP will become obsolete. 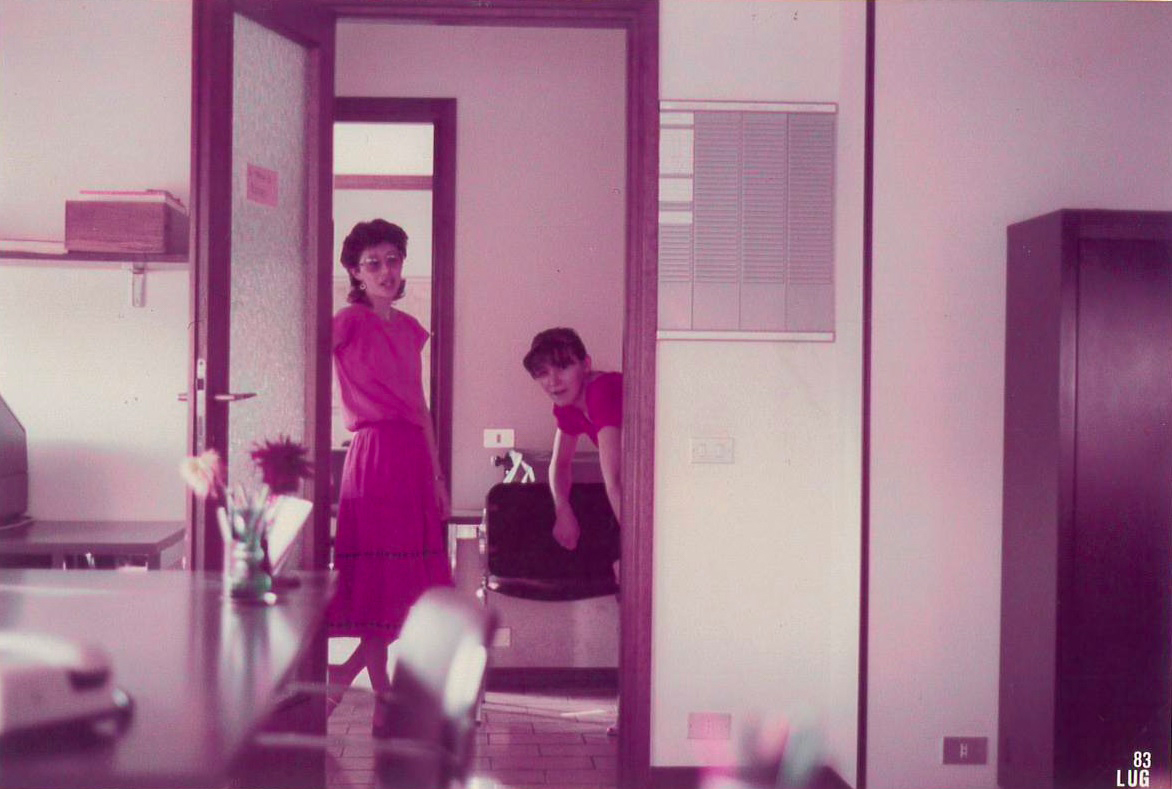 You have certainly experienced many changes within the company. What do you miss most?
Human contact. When I was hired, we were more or less twenty people and we all knew each other. Founded as a small assembly company, after some years CMS became a joint-stock company and the group significantly expanded. Sometimes, when I go shopping, unknown guys greet me. I look at their work uniforms, I notice the company brand and so I understand we are colleagues. I miss what was our small reality, I miss hearing Alberto Masotti singing, or quarrels among colleagues that were always resolved with a coffee together during break. Now we are all more “sectorialized” and the warmth of the past inevitably went out.

You have recently been selected for the ” Stella al merito del lavoro”, an important award given by the President of the Republic that automatically appoints you “Maestra del Lavoro”.  Tell us your emotions in receiving this significant recognition!
I didn’t expect it! Why me? What did I do? Nothing! I just did my job. I love my job, this company is like my second family and I’m sure that when I reach my long-awaited retirement, I will actually miss it very much!

A message in a bottle for future generations?
I haven’t any sure formula for success. Nobody knows it. I can tell you what I taught my daughter: choose a job you like and live it with passion, because only in this way you can really do your best, with commitment, excitement and energy. And that energy will be the real engine of your days.