I was born in Bazzano 16th May 1942; I am married to Carla and I have a daughter, Elena.
I began as an apprentice in the early ‘60s in Bazzano in a mechanical workshop. After having covered several operational roles, such as miller, turner and assembler, in 1965 I joined Automac SpA (Gruppo Fabbri) in Vignola. Within this company, I professionally grew a lot and, after few years, I decided to start my own business, founding CMS in 1975. The first customer was precisely Gruppo Fabbri, which commissioned me the first activities. From there, the company’s growth started. To pursue my industrial project, I then founded other companies, which over time set up CMS Group.
I have always stood out because of my perseverance in reaching challenging goals, an energy that has turned a small workshop with five employees into a leading industrial group in mechanical constructions. However, my actual distinctive trait is the innovative power, which is also expressed in my many patents as well as my innovative products that also take into account environmental problems.

I was born 6th January 1973 and I have a daughter, Chiara. I am CEO of my family company, CMS, and HR Manager. Care in choosing and enhancing people, great organization and attention to details, corporate social responsibility are some of the main elements of my entrepreneurial activity. In my private life, I love art and culture. Moreover, I like mountains, both in summer and in winter.

Graduated in Management Engineering at the Politecnico of Milan in 1996, I started my work experience in board consulting on projects referred to logistics and control systems improvement and then in management projects as well as corporate restructuring. From 2004 to 2012 I was Director of a company in the aerospace sector, first as CFO, then as Head of development projects and international partnerships and later as General Manager. Since 2013 I have followed restructuring and strategic planning projects as Global Strategy partner. From the beginning of 2018 I am General Manager in CMS. 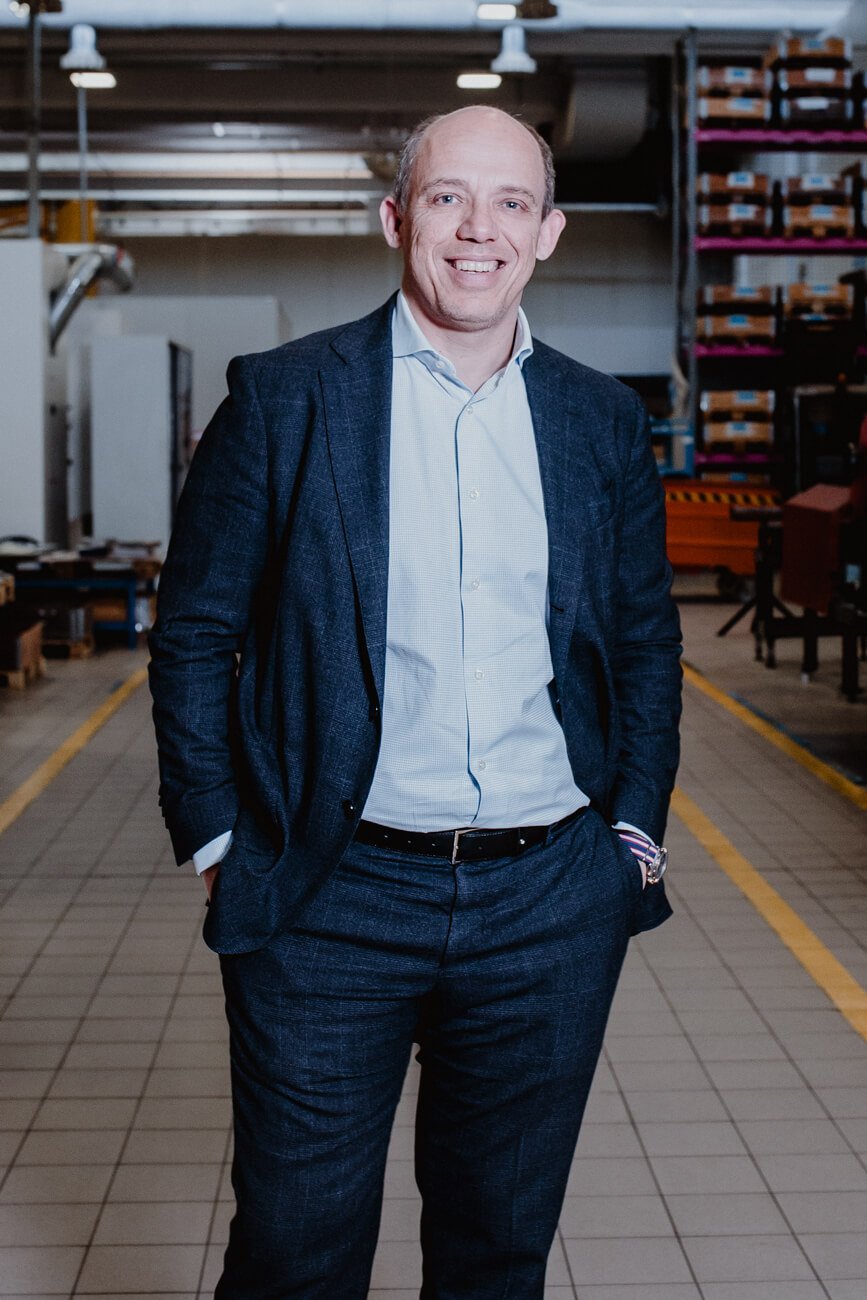 I was born in 1972 in Bologna, where I live, and I have a daughter.
I graduated in Economics and I got a Degree in Business Administration (MBA).
I gained significant experiences by holding prominent positions in Italian and international industrial groups and multinational companies, where I took care of crucial functions such as budgets, business plans, turnarounds and restructuring plans.
I have been working since 2010 in CMS, where I supervise administration, finance and management control, as well as safety and environment, general services and IT systems departments. During my free time, I like travelling and playing sports. 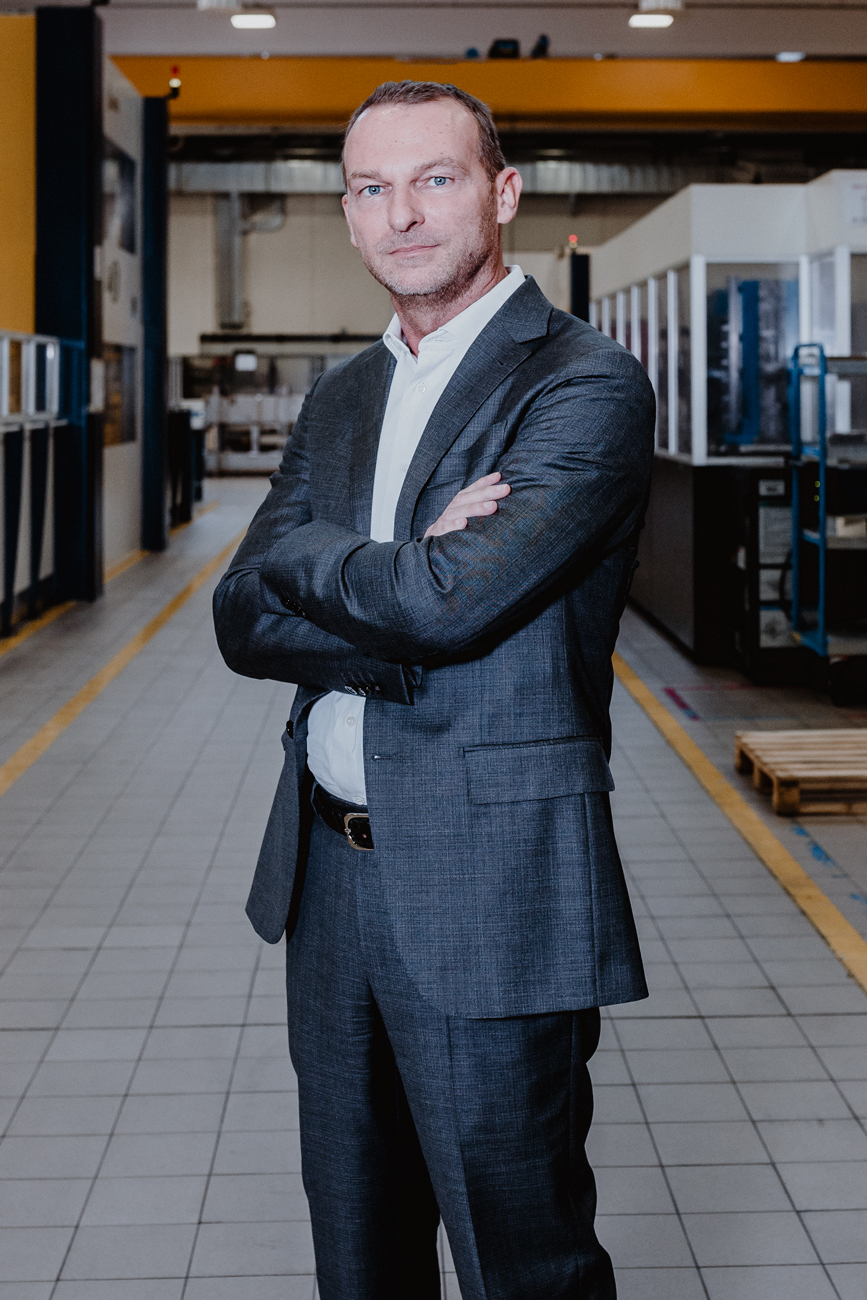 I supervise Purchasing, Planning and Logistics Departments.
My activity is focused on finding, together with my collaborators, planning solutions that could lead to an increase of efficiency and a reduction of internal and supply chain costs. I have an experience of ten years as Plant Manager and Company Director. I am married and I have two children, Giulia and Riccardo, who are a source of pride, inspiration and reflection. I love mountains and all the activities in contact with nature. 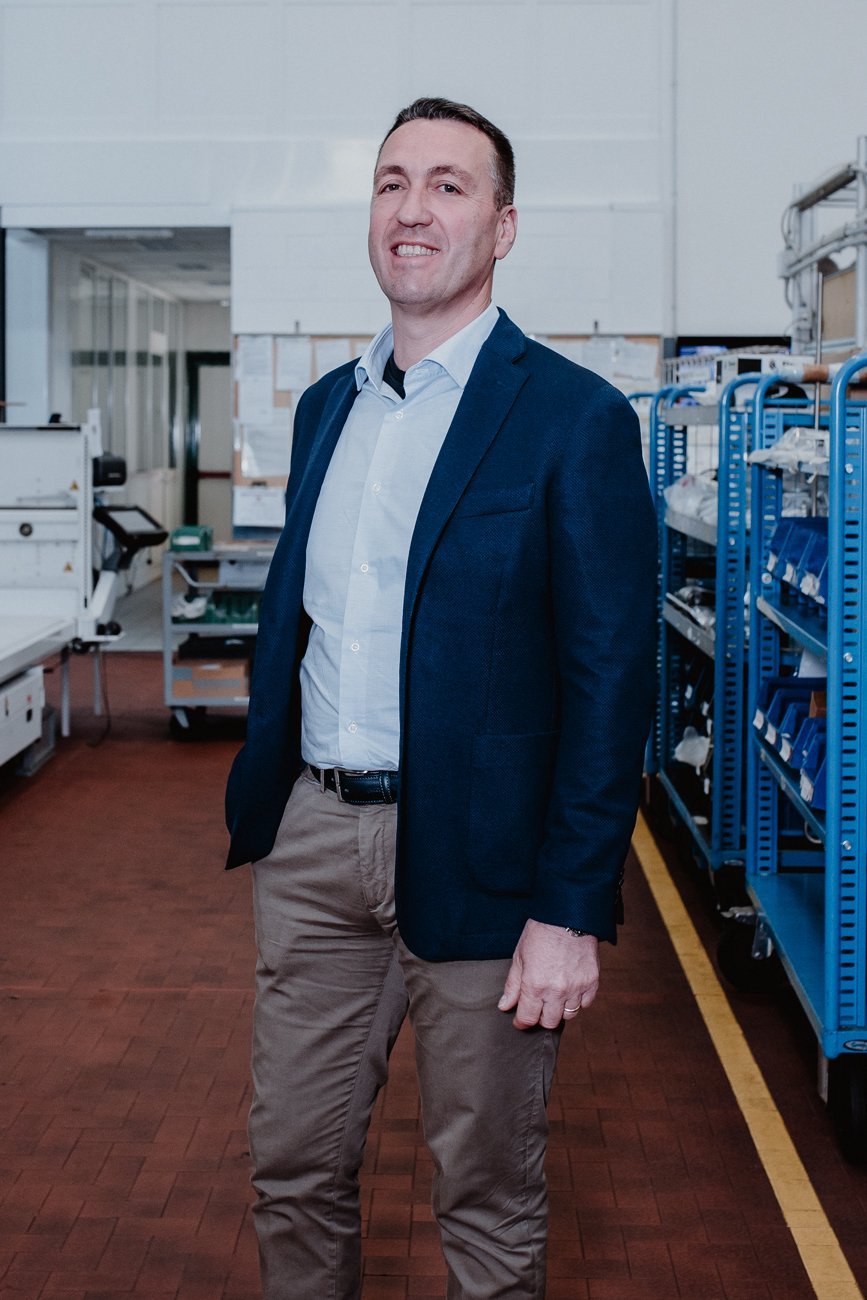 I was born in 1980, I live in Marano sul Panaro and I have a son.
After my studies, in particular focused on Mechanics, I have been working since 2001 in CMS, where I have gained an extensive experience in Manufacturing, starting as Team Leader, then for ten years as Production Manager and currently as Operations Manager. Therefore, I am responsible for production, assembly and technical department.
I love engines and during my free time, I like running and playing football. 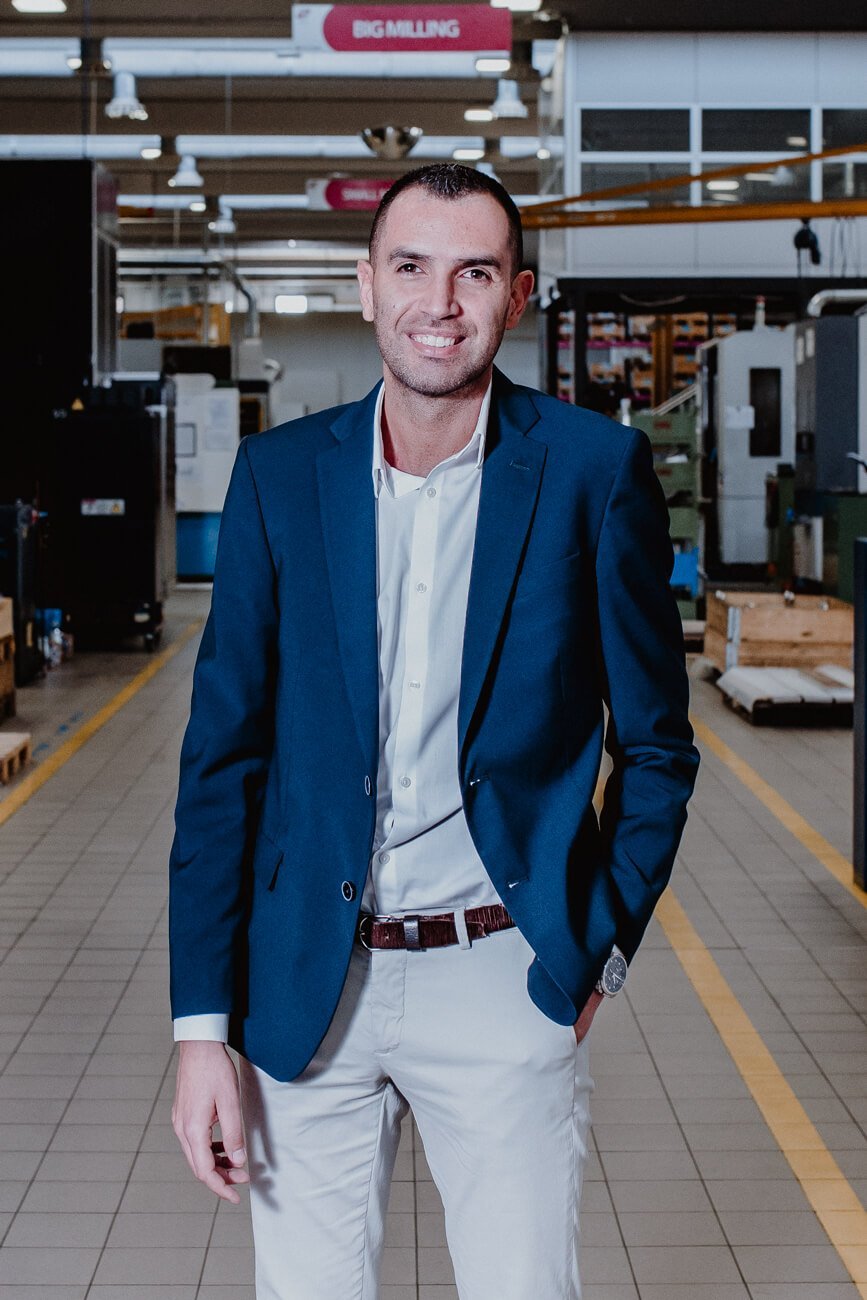 I collaborate with all company departments pursuing the continuous improvement of quality performances.
I carry out this activity by promoting an integrated and streamlined vision of business processes, resistance to difficulties and successes sharing, as well as defining univocal and consistent responsibilities. I have developed my experience both in multinational and local companies, in several fields from investment assets to components, always within advanced markets. I love the opportunities to transmit knowledge and make people grow, humanly and in their skills. I also transmit this passion to my family, in volunteering and in professional relationships. 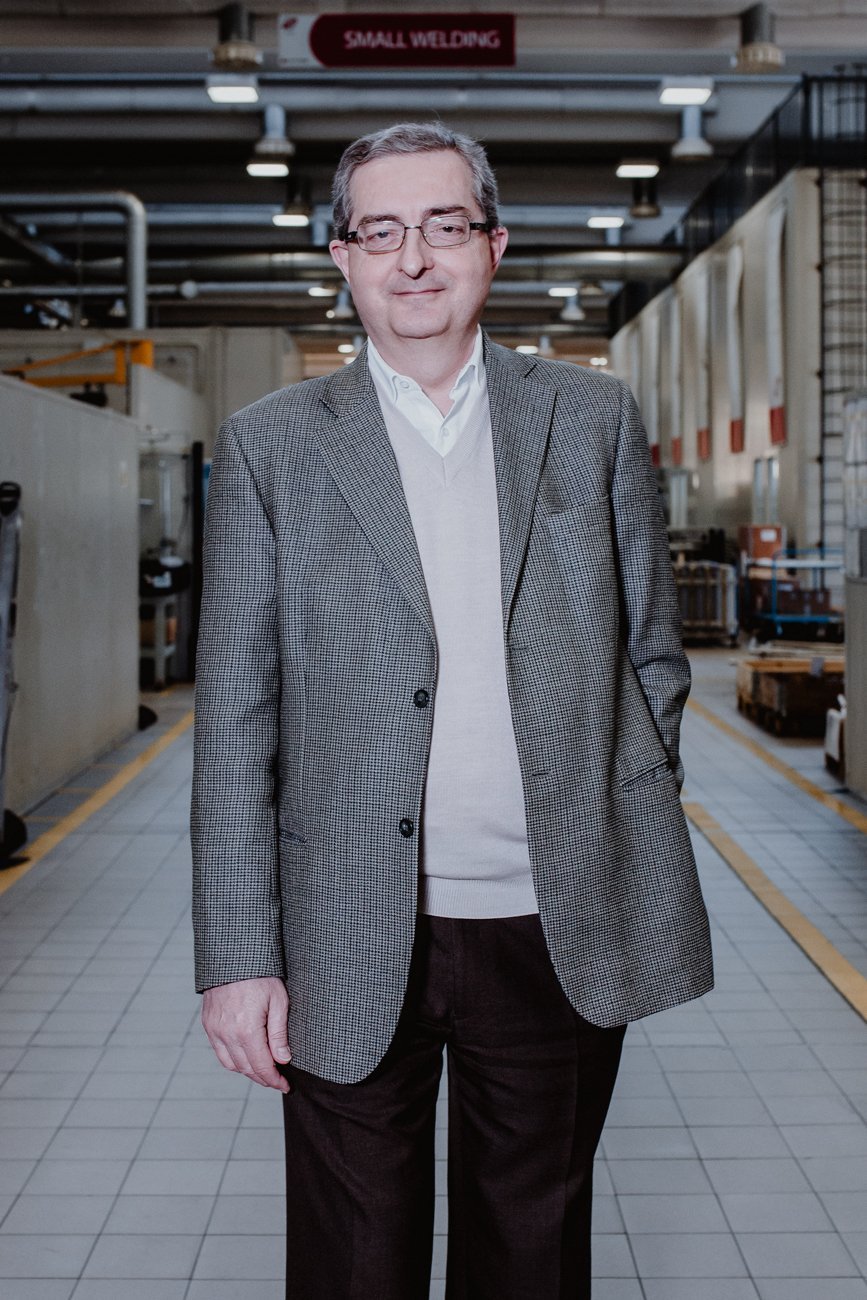